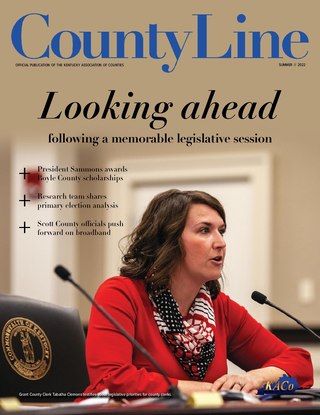 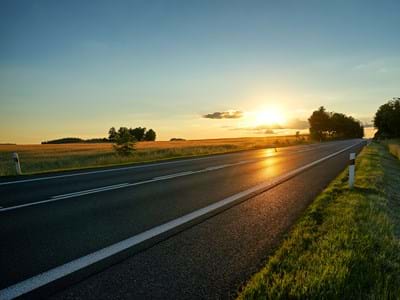 Officials celebrated the completion of a redefining 20-year transportation project that improves safety, connectivity and economic opportunities in southeastern Kentucky.

The final piece of the new KY 30 began in 2019 to straighten the former 13.5-mile curvy corridor between Tyner in Jackson County to Travellers Rest in Owsley County. The shorter, straighter path shaved 3.5 miles off the route and cut drive times in half, from 21 minutes to 11 minutes, allowing drivers to safely cruise at the posted speed of 55 mph. KY 30 is the most direct route from Lee, Jackson and Owsley counties to Interstate Highway 75 and businesses in London. The old KY 30 remains in service for local traffic and is now named Kentucky Highway 3630. While the final segment has been open to traffic since the spring, in June, crews finished constructing three new roads connecting the old route to the new route in Owsley and Jackson counties. Final paving and striping along the final segment were also performed, marking the project complete.

“The completion of the KY 30 corridor project is a game changer for Owsley County and the surrounding community,” Owsley County Judge/Executive Cale Turner said. “I’m thrilled to see this day come as this faster, straighter route will open up more opportunities in this part of the state, help ambulances respond faster to emergencies and save time on work commutes.”

Another portion of the regional connector, reconstruction of Kentucky Highway 11 from the KY 30 intersection in Owsley County to two miles south of Beattyville in Lee County, is underway, with completion scheduled for next year.

“Mrs. Rader has dedicated much of her life to seeing our area of Kentucky grow and develop for future generations,” Jackson County Judge-Executive Shane Gabbard said. “KY 30 is a dream that became a reality under her leadership. We are very grateful for her and her fellow leaders, that saw this project through.”

MORE FROM THE GOVERNOR’S OFFICE

Revenues came in $945 million higher than budgeted, the second-highest revenue surplus ever – surpassed only by last year’s record amount. Lower spending than budgeted accounted for most of the rest of the surplus.

The budget bill includes a surplus spending plan. Nearly all of the $1 billion surplus will go into Kentucky’s Rainy Day fund. That will bring the fund up to a record balance of $2.7 billion. The Rainy Day fund balance was $129 million when Gov. Beshear took office.

The Road Fund ended the year with a $70.4 million surplus. That is due to the General Assembly not appropriating all of the official revenue estimate. The $70.4 million will be directed to spending on projects in the 2022-24 biennial highway construction program.

Cleaner water projects
It was announced that $30 million in funding to support 29 projects will provide clean drinking water and improve water systems for 1,245 households across the commonwealth.

The governor also announced that an additional $250 million from his Cleaner Water Program is now available for local utilities to submit projects for the second round of funding.

Flash Flood Damage in Cumberland County
Heavy rainfall was reported last night in the south-central counties of Adair, Barren, Clinton, Cumberland, Hart, Metcalfe, McCreary and Wayne. Flash floods have been reported in the Burkesville area of Cumberland County. Although several roads are damaged and some low-lying roads remain flooded, KYEM has indicated that creeks are receding, which is a good sign.