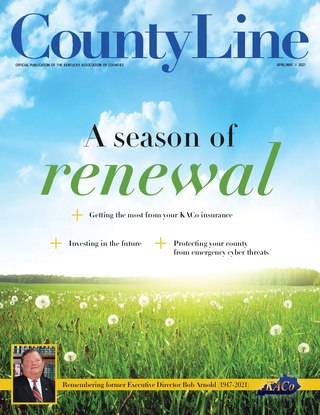 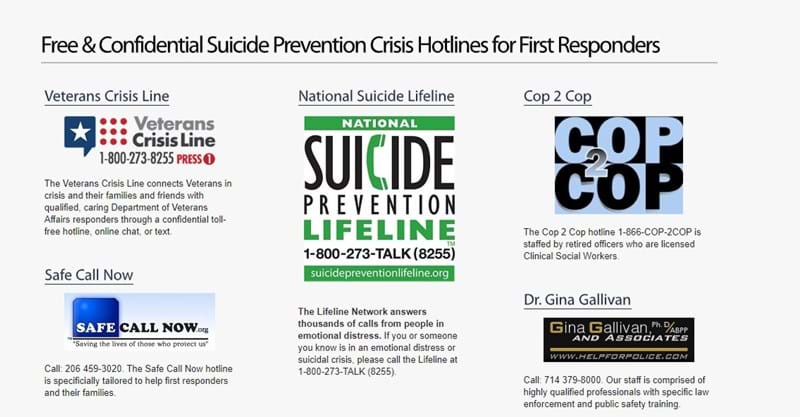 By Tracey Reed, National Jail Consultant
If you are experiencing a mental health crisis and feel like you have nowhere to turn, there is always someone to help you at one of the numbers listed with this article.

In honor of recently commemorated National Mental Health Awareness Month and National Correctional Officers Week, I thought it would be the perfect time to express my admiration to those of you who work in the extremely difficult environment of correctional facilities.

I would also like to use this opportunity to shine a light on this honorable profession, and attempt to explain how the stressors related to this job can negatively affect someone’s physical and mental health, as well as their personal relationships.

Let’s face it, we rarely think about those who work inside the jails.

Yet we do not think twice about those people who drive to work five days a week (sometimes more) for two decades or more, who check in and out of correctional facilities daily. But they are there – and when you think about it - their time on the inside is usually much longer than any of the inmates.

For those not familiar with this profession, it may be easier for you to see that this job could jeopardize one’s physical safety, but yet not recognize that it can be as equally dangerous to one’s mental health. To understand this, one must understand the nature of the job which demands staff to constantly struggle between working in this environment and then going home to a normal life. This is the part of the job that often presents the biggest challenges.

First, it is important to understand just what a normal day at the office may look like for any given correctional officer across the country.

After reporting for duty, they are immediately hit by the odor of bodies being housed together, the noise of voices trying to be heard, the cries of someone suffering from a mental illness/breakdown, the sound of footsteps bouncing off of iron and concrete walls, and the feeling of violence looming all around. Because of this, staff literally remain on guard at all times, even at home.

In addition to that, a CO may witness any of the following: a prisoner stab another prisoner to death and then having to wrestle the knife away from that prisoner; finding a prisoner hanging, discolored and lifeless and then having to perform CPR anyway; hearing their partner scream for help over the radio or being that officer screaming for help, facing the harsh reality that you may not punch the clock and make it home to your family that day; having to cell rush the prisoner who has covered himself in Vaseline and/or feces, having urine and feces thrown on you or in your face; getting mandated to work overtime again for the third time this week; or hearing of another staff suicide.

The fact is, when you work as a correctional officer, the scenarios are endless.

With all that in mind, it is easy to understand why being in a correctional environment takes its toll on all who pass through the gates, either as an inmate or as a worker.  And as you can see from the examples above, the things that CO’s see, hear and experience every day is like no other profession on earth. And while the things they see, hear and must do are not normal for anywhere else, it is normal for them.

Those who have worked in corrections for any length of time will probably attest to the fact that working in this environment has changed them in some way. While some of the changes may be positive, others may have negative effects both personally and professionally. These negative consequences can affect someone at work and at home.

The resolution also suggests that the nature of the correctional environment can be a causative factor in the development of high-risk behaviors, such as alcohol abuse. Further, the resolution further adds, that traumatic events in the correctional workplace may result in employees succumbing to health conditions, such as post-traumatic stress disorder (PTSD).

While some have identified this as “burnout,” or Post Traumatic Stress Disorder (PTSD), others have named it Corrections Fatigue, first coined by the Desert Waters Correctional Outreach Program founded by Dr. Caterina Spinaris in 2003.

According to Spinaris, Corrections Fatigue can result in at least three major areas of negative changes:

2. Decline in health and functioning. This can be exemplified by overweight or obesity and high blood pressure; sleep disturbances and other physical health conditions; and high rates of generalized anxiety, depression, PTSD, alcohol misuse and suicidal thoughts

The rate and risk of completed COs suicides were found to exceed that of other professions and of the general public. Overall, the high rates of mental health conditions exhibited by COs exceeded those of first responders, the military, and national data (general public) by multiple times, indicating that the corrections workforce is in the throes of a mental health crisis.

3. Development of dysfunctional core beliefs and behaviors. This includes harboring negative views about the world, others, or oneself; inappropriately blaming others or oneself for event outcomes; dehumanizing those different from oneself or from a group with which a person closely identifies; denying the effects of traumatic exposure; glamorizing attitudes of machismo and toughness; believing that seeking help is a sign of weakness; and engaging in high-risk behaviors.

According to Spinaris, as Corrections Fatigue signs emerge, a person may begin to suffer from complications in areas such as job performance, personal relationships, physical and psychological health, the ability to enjoy non-work time, as well as, taking care of dependents and other personal responsibilities.

At work, Corrections Fatigue changes may be viewed as a work ethic problem or as a “poor job fit” problem (employees who are unsuited for correctional work). At home, the family of the CO has no way to explain these changes in their loved one, because they have no understanding of the adverse impact of correctional work experiences. This can put a significant strain on marriages and other personal relationships. Even the staff themselves may not realize why they are gradually becoming a person whom even they do not like. Moreover, they often believe that they are the only ones who are struggling and consider this as evidence that they are weak. Ashamed, they may pretend they are doing well instead of seeking help for themselves.

While we have had the foresight to offer reentry programs to the inmates that will be getting out of jail and transitioning back into society, we have failed to provide our correctional officers with any type of service or guidance of a therapist when staff re-enter society on a daily basis. The fact is that staff are required to reenter society without the guidance of a therapist and without the support of a nonprofit actively engaging both them and their families. There is no reentry plan for officers. There is nothing to assist their families to understand what they go through each day. The reality is that we offer such services to incarcerated persons coming home, but not those who protect and take care of them.

Corrections personnel are usually very well trained to take control of their external environment.  Historically, training efforts have focused on the basic fundamentals of the profession such as:  use of force, CPR, first aid, officer safety, restraints, etc. Training, however, has neglected to address or even focus on how to survive the job emotionally. The traditional perspective has been that there is no need to address this issue because officers on the whole are unaffected due to their toughness. If you stop and think about it - how realistic is that?

While correctional employees may be exceptionally resilient and resourceful, the reality is that the environment these officers work in, and the circumstances they are asked to control, make a lasting impression. Due to the nature of this profession and the increasing number of officer suicides, along with high divorce rates, agencies should not only train COs on how to respond physically to an event, but also how to “decontaminate” themselves afterward. Agencies must confront the realities of these stressors proactively and consistently, so that staff have the necessary tools they need to preserve their sanity and personal relationships.

If you are a correctional officer, or a family member/loved one to a CO, or even the supervisor in your agency, and you recognize that you or one of your staff members are exhibiting any of the negative changes listed above, I encourage you reach out and ask for help. Just like you would seek medical attention for a broken arm, you should always do the same for your emotional needs. Your future depends on it.

If you are experiencing a mental health crisis and feel like you have nowhere to turn, there is always someone to help you at one of the numbers listed below: