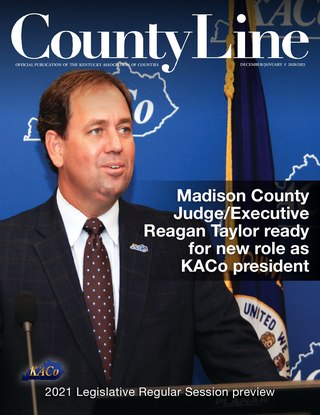 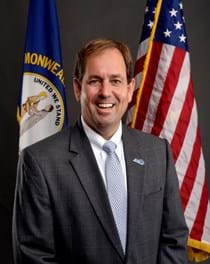 With votes tied for second vice president, a coin was flipped to determine the winner. Taylor prevailed in that coin flip back in 2017, and he was sworn in as president during 2020’s 46th Annual KACo Conference in October.

Along with serving as the 2020-21 president, Taylor chairs the legislative committee and is on the Board of Directors. He serves on four more KACo boards including the Commonwealth Insurance Company Board, the Finance Corporation Board, the Insurance Agency Board and the Leasing Trust Board.

During his time as judge/executive, Taylor has been instrumental in shepherding various projects to completion including road and bridge projects like the Exit-95 corridor exchange, modernizing the interaction between county government and residents through technology, addressing community drug addiction, and attracting and recruiting top companies to Madison County.

A lifelong Madison County resident, Judge Taylor started his career as an entrepreneur, starting his own construction and real estate company prior to shifting to a career in public service.

Taylor and his wife, Kelly, have two daughters, Katherine and Natalie.